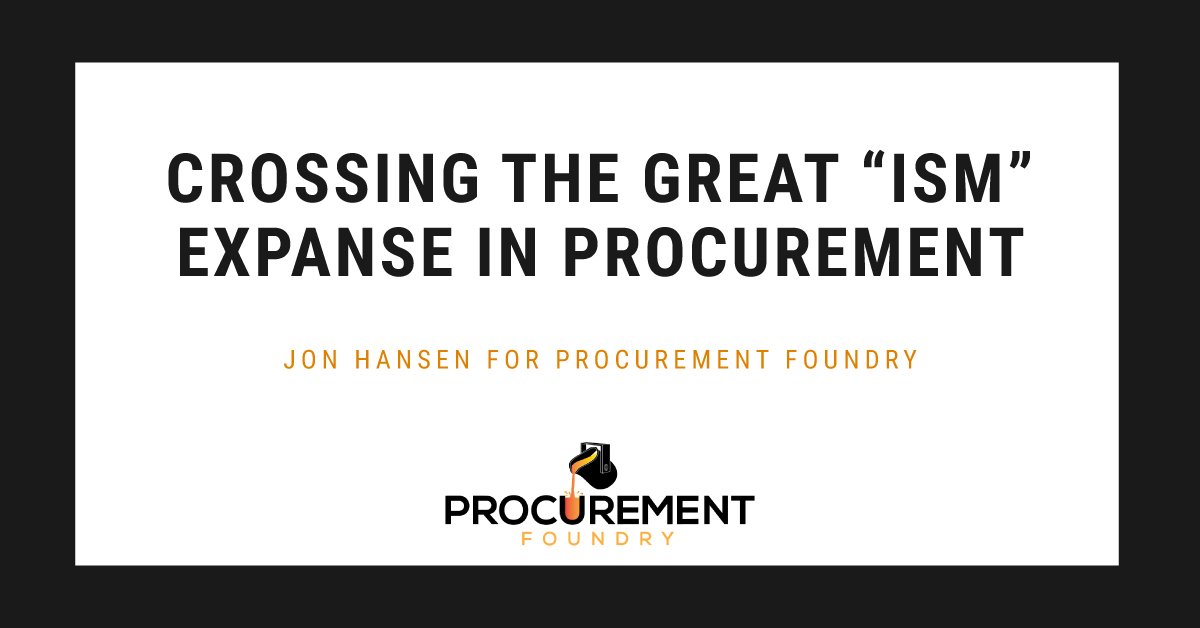 [pull quote] “Can someone, anyone, please explain the theory of ageism in Procurement & Sourcing and its logic?” – Michael Cadieux, LinkedIn Rant

For anyone who has worked in procurement, it’s likely that you’ve come across some type of discrimination. Unfortunately, an “ism” is something with which we all have either direct or indirect experience.

We can all acknowledge and agree that any “ism” be it sexism, racism, or ageism, are challenges we must address. But recognizing a problem and determining that something needs to be done is not enough.

As fellow procurement industry member, Michael, so aptly put it in his LinkedIn rant, “If the basic building block of sourcing and negotiation for cost optimization and risk avoidance is knowledge, and knowledge takes time and experience to gain, why on earth would anyone want to discriminate on older practitioners with more knowledge?”

In this post, we will attempt to bring greater clarity to procurement’s three great isms. Not to point an accusatory finger or shame anyone, but to start a necessary conversation in hopes of bringing these important issues to light. Specifically, we will look at sexism, racism, and ageism through an empathetic lens of self-reflection.

In a recent Procurement in 5-Minutes segment, PPD‘s Paula Varner answered the question:

“Why do we need more female leaders in Procurement?”

Unsurprisingly, there was considerable enthusiasm in the responses to her commentary. While some were of personal experience, the response from listeners quickly moved beyond empirical evidence and anecdotal references to include actual statistics.

It is almost as if women are being penalized for their success rather than rewarded.

Given this information, we believe that this gap must be bridged and full parity must be created at the executive level. True change begins at the top of the organization so it must be set as the standard from leadership before it can filter down to and throughout the entire enterprise.

Whenever the word diversity is mentioned in procurement circles, the first thing that comes to mind is diversifying a company’s supply base.

Fast forward to the present day, and the parallels between how the riots then and the Black Lives Matter riots in 2020 are fueling awareness regarding the importance of supplier diversity programs is notable. The only difference between then and now is that rather than stimulating the creation of budding initiatives to engage underrepresented businesses, the riots (along with the COVID-19 pandemic) are re-energizing existing programs while fostering the establishment of new ones.

In truth, diversity in the supply chain or lack thereof is a matter of recognition and representation that goes beyond a response to an acute crisis and becomes a sustainable business practice.

Regarding ageism, there were no shortages of response to Michael’s question, “What is driving this seemingly illogical, unpublished, but obviously well-practised strategy?”

The largest theme in the reader commentary was that companies would rather pay someone with less experience a lower salary than pay appropriately for senior talent. Or, as one reader succinctly put it: “Corporate America would rather ‘pay less and get less.’”

Our response to this last point requires an entire article, so stay tuned for that one soon.

In the meantime, we want to hear your thoughts on this article’s topic. Is there something we’ve missed or something that you would add to? Reach out, we’d love to hear from you.

Having Supply Chain Resilience is More Than Insurance, it’s a Competitive Advantage

A resilient supply chain is defined by its capacity for resistance and recovery; having the capability to minimize the impact of disruption; and the...

The only thing larger than the difficulty of addressing today's supply chain decarbonization challenges is the risk of inaction in the face of the...